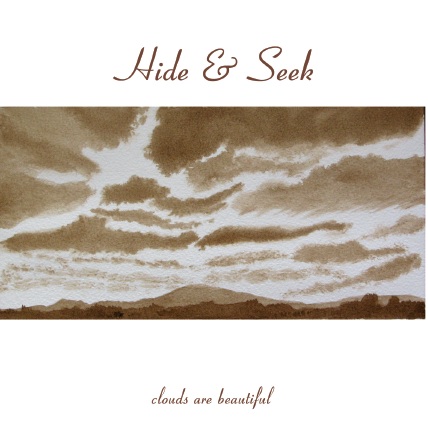 Movement One - 2006 - CD compilation edited by the French label Str8line - 18 tracks tributes to the french coldwave scene of the 80-09 years, linking to the 2000 year - tracks by Rise & Fall of a Decade, Opera Multi Steel, Little Nemo, No Tears, Charles de Goal... including The Architect (unrealesed track) by Hide&Seek

Elegy Sampler 46 - 2007 - CD compilation edited by the french magazine Elegy - gathers songs by In The Nursery, Mary Goes Round, Skinny Puppy, Attrition... including On The Balcony (Where Turtles Sleep version) by Hide&Seek

edited by the French gathers songs by

edited by the French by

edited by the Swiss gathers 51 covers of the Dutch band

Nouvelles Lectures Cosmopolites : Les Grands Saules - 2002 - CD released by EDT - Soundtrack of a non-existing movie, so the mind may feel free to imagine the images which may fit with the record. Dialogs have been recorded in three different languages and each character of the story is played by different persons - Including vocal parts by Liesbeth Houdijk (Hide&Seek)

Thy Violent Vanities : Come To Dust - 2004 - CD released by the italian label - Thy Violent Vanities is a side-project from two members of the electro medieval band O Quam Tristis : Hugues Dammarie and Emeric Lenotz (also know as members of Opera Multi Steel). The album is based upon rare poetries from William Shakespeare. The poetries are sung in the original archaic language they were written - The music is supported by traditional instruments : krumhorn, dulcimer, mandola, flutes…mixed to bass and guitars laid down on soft waves of keyboards - Including vocals by Hide and Seek

Nouvelles Lectures Cosmopolites : Friesengeist (part 1 / part 2 / part ¶) - 2004 to 2006 - a CD trilogy released EDT - Somewhere between ambient, neo-classical, pop and downtempo, samples, synths, strange noises, voices, guitars and acoustic instruments create a long and mysterious trip in the depths of a forest haunted by the spirits of Nature and childish voices. The artwork illustrates the Nature's forces and human weaknesses through fascinating photographs and a beautiful design - Including bass, guitars and vocals parts by Hide&Seek

- 2007 - CD released by EDT - HIDE&SEEK was involved with some lyrics, vocal, glockenspiel and guitar contributions.